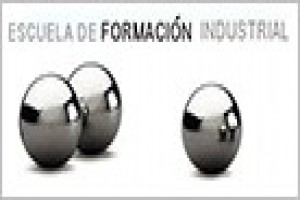 In this fourth block the learner continues to build on all previous units through a series of exercises which draw on past subject matter and structures whilst presenting new themes and functions. This level will lead the learner to the B2 or Independent User level of the CEFR. The lexical fields covered range from an extension of family vocabulary, idiomatic expressions, expressing obligations and permission using modal verbs and common collocations with verbs such as: do, go and play. Learners are also given a variety of examples of the differences between British and American English, the difference between ',say', and ',tell', as well as the use of ',so', and ',such',. The grammatical features of this block focus on the correct use of indirect questions, reported speech, modal verbs of deduction and supposition, -ed and –,ing adjectives and ',used to', for past habits as well as extending structures seen in previous units such as: The Present Perfect tense, Will and Going to for the future and some more Frequency Adverbs and expressions. These structures enable the learner to converse with more freedom on an ever-growing range of topics and in a variety of natural situations. By looking at elision and the correct pronunciation of regular past tense verbs, the course continues to facilitate the natural acquisition of English by replicating the way we learn our native language –, through repetition and contextual use.

In this block the learner will consolidate the material from the previous Blocks and begin the transition from B1 to a B2. The course content remains functional and focused entirely on improving learner independence in all areas, especially in real-life situations such as work and leisure, house and home, films and habitual actions etc. In this block the learner will continue to notice an increased confidence when faced with basic functions and will be able to read an English or American newspaper with little difficulty, follow conversations in English with native speakers and participate in more complex exchanges. In terms of grammatical structures there will be continued revision and extension of the structures covered with emphasis on parts of the language such as phrasal verbs, idiomatic expressions and the differences between British and American vocabulary. As with the other blocks on the course, there is frequent pronunciation practice and the learner has exposure to long and short sounds, correct regular past tense endings, minimal pairs, elision as well as general vocabulary and sentence level practice. The use of a variety of exercises encompasses different learner styles as well as guaranteeing thorough coverage of the topics covered. The block is comprised of a series of interactive exercises such as word-picture association, listening comprehension with short, realistic dialogues and student-led listening practice with the vocabulary items.

Aims: To introduce and acquire the structures and vocabulary related to the topic through a series of interactive exercises such as word/sentence-picture association, listening comprehension with short, realistic dialogues and student-led listening practice with the vocabulary items. Vocabulary: - Free time - Games - Everyday expressions: to have a rest, to get ready.